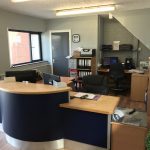 Find the right hybrid car specialist in Southport to keep your state-of-the-art vehicle in mint condition. Fuel Injection Services are proud to have always been at the forefront of every automobile trend for the last fifty years. We have built a robust reputation for top-quality products and services, affordable pricing, reliability and a customer-driven approach. What sets us apart is our continued commitment and investment in people and technology. Most of our business comes to us via recommendations from generations of clients. We offer swift, efficient, simple and practical solutions to the common problems of running and maintaining an automobile, no matter what make or model. Vehicle owners want a smooth, safe drive, fuel efficiency, low emissions and prompt identification of problems. They also expect us to keep them informed of all the latest products, trends and technologies in this sector.

New technologies, materials and advances emerge frequently, making the older ones obsolete. In Southport, hybrid car specialists need to keep abreast of this highly dynamic sector. Our trained, experienced and highly skilled technicians ensure that you get the best of international products and information right here in your home town. This technology has been in the UK since 2000, but the volumes were very small. There were several difficulties that hybrid or electric vehicle enthusiasts encountered. There were not enough garages or skilled technicians to provide servicing, repairs and maintenance. Hybrids provide the best of both worlds – you get the low CO2 emissions offered by electric vehicles coupled with the flexibility of long-distance travel that traditional fuel engines give.

Whether you have a luxury hybrid or a value-for-money model, ensure that your hybrid car specialist in Southport has the necessary expertise and experience.  Contact us today for more information. These cars are best for driving in urban settings, for shorter runs, office commutes, and fixed distances. They are great as second car options for families. There are good tax benefits and running cost improvements offered to owners. Additional benefits in the form of zero congestion charges in metros like London, fuel savings, zero or very low noise are attractive too.

After 6 months of fuel delivery problems, almost every component replaced, my Mercedes E270 was still cutting out. Two Mercedes Independent technicians, in the politest possibe way, told me to go elsewhere. They couldn't help further, or introduce me to someone who could, So, starting from scratch, I found Fuel Injection Services by internet search, I took the vehicle in by appointment. Their diagnostics (clearly superior to Mercedes Star) pinpointed a simple connection fault at the sensors, caused by loose pins, which was swiftly fixed. I am so grateful to this company for its expertise and effectiveness. These guys really are specialists, their name should be known by every garage in the region, as referral to a specialist can save months of inconvenience and thousands of wasted expenses, which I will have to put down to experience, I would recommend this company to anyone,

Had problems with loss of power and Engine light on indicating a fault recently on my 3.0 V6 2008 and Vauxhall Vectra and took it into Steve at Fuel Injection Services. Once again they diagnosed it and fitted several sensors on the Fuel Injection system and it’s now running lovely again. I was advised by Vauxhall and the main dealers Perry’s to scrap this car 3 years ago as the parts weren’t available and here it is still running and is great. Thanks again to Steve and the team for fixing it. David Mann.