Quality Repairs with a Diesel Diagnostic Specialist in Preston 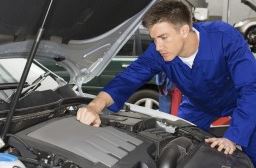 Diagnosing problems with your vehicle and repairing them is all in a day’s work for a diesel diagnostic specialist in Preston. Their skills and vast experience combined with their diagnostics equipment means they can examine and diagnose your engine and find the problems affecting your car’s performance. Fuel Injection Service was established in 1959 and over the years have built up services which are renowned for their quality and professionalism. With their continuing investment in technology they are always one step ahead with the servicing of modern diesel engines. Faulty injectors or pumps are examined in their dedicated workshop and complex vehicle systems, which require sophisticated diagnostics and testing, pose no problem for this highly experienced team.

Offering full technical support, diesel diagnostic specialists in Preston are always busy at their well rigged up workshop. This means they are able to able to deal with any problem. With their latest diagnostic equipment and with full technical support from the major diesel manufacturers, their skilled and highly trained technicians accurately diagnose diesel related faults. They know how important it is to offer a clean environment when maintaining Common Rail Fuel systems as they are well aware of fuel system cross contamination. Customers of Fuel Injection Services appreciate that they are always kept in the loop of the findings with their vehicles from this courteous team. If you require more information about a diesel diagnostic specialist, contact Fuel Injection Service.