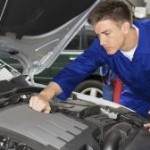 Common rail fuel systems in Liverpool are present in most diesel engines. The common rail fuel system is the means by which the fuel in a diesel engine is stored under high pressure and fed into the fuel injectors to spray the fuel into the cylinders at very precise amounts and pressures. This allows the engine to fire in a precise manner. The most important use of the system is a more thorough burning of the fuel and better performance of the vehicle. The system is controlled by electronics which thereby allow the vehicles to meet the stringent emission regulations. The rail system is made up of several parts.

In Liverpool, common rail fuel systems consist of, amongst other parts, a common rail pump. The rail pump should be tested periodically for efficiency. This will, over time and unknowing use of poor quality fuel, wear and need repairs. Very often the pump can be repaired. They will be repaired with genuine manufacturer’s parts. If the pump cannot be repaired, there are very good service exchange or factory exchange units. There is also the option of purchasing a new unit. Modern rail systems are controlled by an engine control unit or ECU which electronically controls the whole system. This ensures that the engine runs at peak fuel and power efficiency.

Common rail fuel systems in Liverpool includes the fuel injectors. These injectors pass the high-pressure fuel into the cylinder in just the right mix of fuel and air. Over time, they can become worn and the correct amounts are not injected. This affects both the fuel consumption and the performance of the vehicle. These need periodic checking and repair. The diesel diagnostic machines can check the common rail fuel systems efficiently and quickly and report a fault before it becomes a problem. Having this kind of technology saves a lot of time and money that could be spent on having a vehicle off the road for major repairs. For more about common rail fuel systems, contact Fuel Injection Service.

Had problems with loss of power and Engine light on indicating a fault recently on my 3.0 V6 2008 and Vauxhall Vectra and took it into Steve at Fuel Injection Services. Once again they diagnosed it and fitted several sensors on the Fuel Injection system and it’s now running lovely again. I was advised by Vauxhall and the main dealers Perry’s to scrap this car 3 years ago as the parts weren’t available and here it is still running and is great. Thanks again to Steve and the team for fixing it. David Mann.