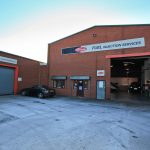 A hybrid car specialist in Southport can get your hybrid back on the road in no time. The hybrid car was first built all the way back in 1898! Dr. Ferdinand Porsche was the first to combine electric motors with an internal combustion engine, and the result was a car that could travel for up to 40 miles. Today, the Chevrolet Volt is built on a similar concept. The Volt uses an electric engine to power the wheels, and when the battery charge reaches a certain low point, a gasoline engine turns on, powering a generator which charges the car’s battery.

For garages in Southport, a hybrid car specialist is rare. Hybrid vehicles use a variety of technologies to improve fuel efficiency. You have, of course, the electric motor, which is meant to reduce the need for fuel. Some vehicles also have regenerative brakes, which use the kinetic energy of the car and act as a dynamo in order to recharge the battery. Others also include a generator that harnesses the rotational energy of the gasoline engine to recharge the battery. Some hybrids also reduce idle emissions using a start-stop system.

A hybrid car specialist in Southport has to understand and be able to repair/replace all of these components. The hybrid electric vehicle is still very young. Despite it being invented at the end of the 19th century, it was not until nearly 100 years later that the concept began to take hold. In 1997 Toyota released the Prius, which was the first hybrid electric vehicle to have mass appeal. Since then, over 12 million hybrid cars have been sold. This number is expected to grow, especially in countries such as Japan, where over 1 third of new car sales is made up of hybrid vehicles. If you are currently having problems with your hybrid, contact Fuel Injection Services today. We are the leading diesel specialist in the North West, and we offer hybrid car services as part of our package.